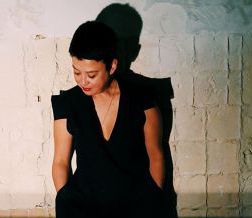 Elsa Garcia
Curator
Lisbon, Portugal
Born in 1976, she has been a journalist since 1994. She has taken several journalism courses and several courses in contemporary art, among them Themes of Art History of the 20th Century (Fundação Serralves), Curatorship at the Faculty of Fine Arts of Lisbon (ESBAL), Aesthetics (Ar.Co) and History of Photography in the same Institution. The later being the Postgraduate Course in Curatorship at the Faculty of Social Sciences and Humanities University of Lisbon. She is a founding member and director of Umbigo magazine with which has developed several curatorial projects among them the exhibition "Between Limit and Audacity" by Miguel Palma in Fábulas gallery, "The Difference" by Andrea Splisgar in the Palace of Santa Catarina and the exhibition "Pieces and Parts" at Plataforma Revólver, Lisbon. She was the jury and curator of the Contemporary Jewelery exhibition "On the Other Hand", commemorating the 5th anniversary of PIN (Portuguese Contemporary Jewelery Association), at the Reverso Gallery (Lisbon), Adorna Corações Gallery (Porto) and at the Symposium Gray Area at Galeria Medellein (Mexico City). Also for Umbigo magazine she made the edition of the book "Coordinates of the Body in the Contemporary Art", a collection that puts together a series of artistic works, many of them developed purposely for the book; in a set of works that represent a small sample of the philosophical and aesthetic concerns of a group of artists.
Actividade
Here you will see the list of items!
https://www.umbigolab.com/wp-content/plugins/wp-symposium-pro/activity/../css/images/wait.gif