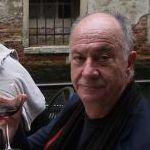 Manuel Costa Cabral
Advisor
Lisboa, Portugal
Born in Lisbon 1941, graduated in painting in 1963 from Escola Superior de Belas-Artes de Lisboa. After three years of obligatory military service, he worked as an exhibition designer and art teacher. Meanwhile he found himself increasingly drawn into activity in the socio-cultural field in the last seven years of the dictatorship, and the first seven years of democracy in Portugal. In between, 1n 1973, he co-founded AR.CO s an independent art School and Centre. As executive director, for 21 years, organized and developed AR.CO that became one of the more important private art institutions in Portugal. Since 1994 till February 2011 he joined on a full time the Fundação Calouste Gulbenkian as Director of the Fine Arts Department. Having resumed painting in 1983, he has exhibited regularly since 1989.
Actividade
Here you will see the list of items!
https://www.umbigolab.com/wp-content/plugins/wp-symposium-pro/activity/../css/images/wait.gif