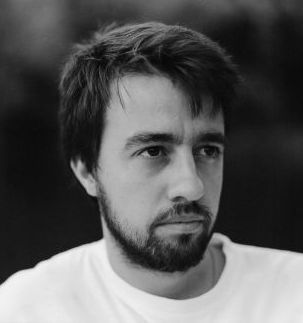 Tiago Casanova
Visual Artist
Lisbon, Portugal
Tiago Casanova (1988, Madeira) studied Architecture at Faculdade de Arquitetura da Universidade do Porto, where he was one of the founders of Scopio - International Photography Magazine in 2010. He was also one of the founders of the XYZ Books Publishing house and Bookshop in 2013, A ILHA (Gallery and Art Space) in 2014, and Estúdio Bulhufas in 2017. Has been exhibiting his work regularly in solo and group shows since 2006. Besides the work he produces in the context of his artistic investigation and practice, he also develops a professional career as an editor, book-maker, curator and exhibition designer. In 2012, he was the recipient of the BES Revelação Photography Award and of an Honorable Mention at Novos Talentos Fnac Fotografia. In 2014, his work was mentioned for the best work selection at Plat(t)form - Fotomuseum Winterthur, and in 2015 he won the Jury Award at Festival A3 Bandas in Madrid. He is represented by Galeria Carlos Carvalho (Lisbon). He is currently based in Lisbon and Porto.
Actividade