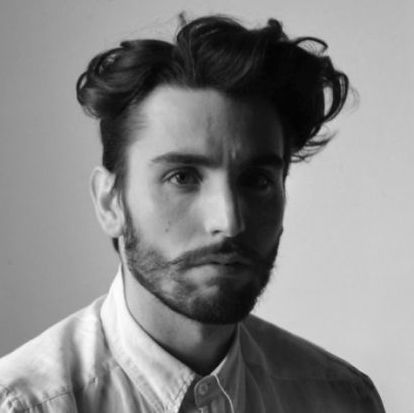 Hernâni Reis Baptista
Visual Artist
Porto, Portugal
My body of work revolves around different mediums, mostly installation, sculpture, video and different digital processes. Although not in a strict form, the context in which it is presented often works as a basis for its creation, either in conjunction with the physical components that organize it, or through the memory and experiences of the space itself, both inside and around it. These relations are often explored through color, scale and, sometimes, through the use of found objects and materials (wood, metal, stone, glass) with previous, sometimes unknown, purposes, which are then displaced, reconstructed and rethought. I try to work with what I find, what I see, what I read and what I experience; the various mediums used are an outcome of these intersections. There is an attraction for the empirical and unconscious experience, seeking to explore the act of creating as something that, at a given moment, goes beyond rational logic to a mechanical act of doing, enabling repetition as a form of meditation. There is a frequent invocation of models from the past, namely from the classical and Renaissance period, mainly related to the territory of sculpture and the representation of the human figure. These references make it possible to address issues related to the artificial dimension of contemporary life, whether in the allusion to the cult of the body and its relation with performance in the physical, economic or social context. The body as an instrument becomes an object of thought, materializing in the most diverse forms. The idea of game promotes a view on ways of acting and doing, trying to understand the possibilities of limit, transgression, pleasure, submission or dominance in the social circuit. The perfected, altered, disguised or taken to the extreme body is ultimately associated with the survival of the fittest. In certain works, hierarchy games enhance a more direct relationship with the animal world, creating analogies between the domesticated and the indomitable, the wild or the instinctive. The figure of the dog sometimes appears as a link between these relationships, being an example of the representations closest to the human with the natural, dominated or humanized world. The interaction between humans and other species also corresponds to a pursuit to understand the possibilities of crossing and mutation, also done through other natural or mineral elements, or even technological. The artifice, often explored by digital resources, dilutes the perception of what is real or simulated, enhancing possible intersections between the human, the animal and the machine; cyborgs that result from the symbiosis of biological with the fabricated.
http://hernanireisbaptista.com/
Actividade