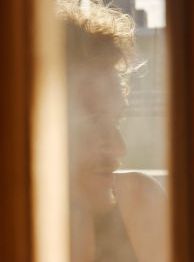 Alfredo Brant
Fotógrafo e pesquisador
Lisboa, Portugal
Alfredo Brant is a Brazilian/Italian photographer, artist and researcher. After graduating in Journalism (UFMG, 2005 - Brazil) in Brazil, concluded the Masters in Photography and Contemporary Art (Université Paris 8, 2010 - France). He has lived in Italy where he completed an internship at Accademia di Belle Arti di Bologna and in London working with corporate photography. As an independent photographer, he is specialized in documentary photography and portraits. He has developed documentary projects in Canada, India and France, and his work has been presented in photographic exhibitions in France, Switzerland, Italy and Brazil. Alfredo took part at artistic residences in France and Brazil and was awarded with the Prix Arte Creative (2013), for his work Portrait de l’Expatrié. He has recently developed projects in photo-book edition in Brazil and published the book Deslocações (2019).
Actividade