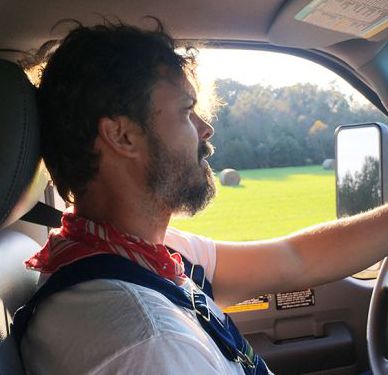 Michael Ryan Handley
Rain Maker
The Petrified Forest, Sahara Desert, Capital Reef, Death Valley, Philly, New York City, U.S.A.
Michael Ryan Handley wants to make it rain. But while the figurative also intrudes, he means this literally, and the question of what it means to want to make it rain is the primary activation of the work, the primary question it asks. And it leads everywhere. He makes works of umbrellas and raincoats—constructs whose purpose is to hold rain—and out of water itself in his evaporation paintings. Further yet, out of compounds that seed clouds, and the machines that spew those compounds out into the air to literally make it rain. These compounds are coincidentally the same chemistry used in daguerreotypes, the first direct images we can make of our world. Handley’s awareness of these materials makes the work that much more powerful in its multi-valiance as he uses photographic tools and processes to make it. I don’t see this as a political project. His work is neither environmentalist art, nor obvious cheerleading didacticism. Handley’s images don’t cluck their tongues at our current environmental situation; they merely show us the materials involved and make beautiful works out of them. What we do with all this is up to us. Do we read this as a critique of heedless humanity’s ever-downward spiral into environmental destruction? Perhaps. But I think not. In Handley, I see a much more curious mind, one that asks questions, not one that pedantically proposes solutions. And this is why I find a great deal of provocative inspiration in not just individual works, but in his pursuit in its entirety. Is it because he grew up in a desert? I suspect he would resist such historicizing. Far beyond making it rain, however, remains his obsession with landscape. Where he grew up, the landscape is barren of vegetation, but of astounding rock formations. So we see a mind working from primordial forms. We see a Western American mind, a mind that has space, physical space, to play with and concern itself with the distance from one object to another. A mind whose early firings were of this proximity of “human” to “nature.” That is the mind who brings us works about the fact that we are nature, for better or worse. —Tim Erickson
Actividade