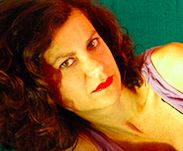 Rita Barros
photographer
Your City, Portugal
Rita Barros lives in New York City since 1980 and teaches Photography at NYU. She has a MA in Art in Media: Studio Art from New York University/International Center of Photography, and a B.A., majoring in Photography from SUNY (State University of New York). Her first group show was in 1987 (PS 1 Contemporary Arts Center, in NY), and since 1992 she had a number of solo shows. Photos from her acclaimed book Fifteen Years: Chelsea Hotel were shown in Havana (Wilfredo Lam Contemporary Art Museum), in Portugal (Encontros de Coimbra, Galeria 111, Museu da Água), in Brazil (São Paulo Contemporary Art Museum and Secretaria do Estado da Cultura, Curitiba), in Milano (Flash Art Fair) and in Paris (Paris Photo 2010). Her exhibition Room 1008 a homage to the room where 2001: A Space Odyssey was written, was presented as part of 2001 Oporto European Capital of Culture, Portugal, in São Paulo Contemporary Art Museum, Brazil and Briggs & Robinson Gallery in New York. Olhar Para o Infinito was part of the Bienal de Cascais. Um Ano Depois in Cadeia da Relação do Porto/Centro Português de Fotografia. Her work was also part of Reactions at Exit Art, in NY. Presence of Absence was selected for the exhibition Descubrimientos (Emerging Talents) of Photo Espana 07, at the Museo de Arte Comtemporanea, Madrid. It was shown at Galeria Pente 10 in Lisbon, at Paris Photo 09 and at the Royal Academy Summer Show 2015, in London. Barros was included in Au Feminin, (a history of women photographers since 1850) curated by Jorge Calado, at Centre Culturel Calouste Gulbenkian, Paris, 2009. Her series 3x3 was exhibited at Galeria Pente 10 in Lisbon, at Paris Photo 2010 and was selected by critic, Vince Aletti for the exhibition, Photography Now 2011, at the Center for Photography at Woodstock, New York. In 2014, Barros' work was the subject of a retrospective exhibition "BoHemia: Life and Death at the Chelsea Hotel" curated by Jorge Calado at Biblioteca FCT/UNL, Monte da Caparica, Portugal. In 2016 this exhibition was part of the 8th Arts Festival in Coimbra, Portugal with the theme "Pioneers". in 2017-18 a selection is on view at the Kohler Arts Center in Wisconsin.
Actividade