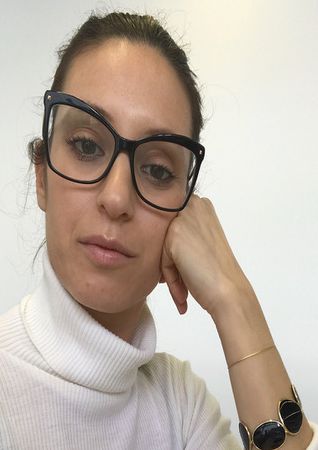 Inês Grosso
Curador
Lisboa, Portugal
Inês Grosso is a Portuguese curator currently based in Lisbon. She received her BA in Art History from the University of Porto and an MA in Curatorial Studies from the University of Lisbon in collaboration with Calouste Gulbenkian Foundation. From 2011 to 2015, she was part of Instituto Inhotim’s curatorial team, where she was involved in the conception, planning and coordination of collection-based exhibitions, new pavilions, and outdoor pieces as well as in the development and implementation of exhibition-related public programs. In 2015, she co-curated the first large traveling exhibition of the collection. Titled “Do Objeto para o Mundo – Coleção Inhotim”, the exhibition was on view at the Palácio das Artes in Belo Horizonte and Itaú Cultural in São Paulo and travelled to Inhotim where it’s on view since 2015. In Brazil she also co-curated “O Cubo Reinventad”, at the alternative theater space, espanca!, in Belo Horizonte (2013) in which she presented exhibitions and performances by Warley Desali + Froiid K, Paulo Nazareth, and Marco Paulo Rolla over the course of several weeks. In the same year, she curated the show “Hoje é sempre Ontem” — an exhibition that brought together a selection of works from the post-doc finalists of the Guignard University of Art of Minas Gerais. Currently, she is one of the curators of the MAAT – Museum of Art, Architecture and Technology in Lisbon, where she coordinates the institution’s international and public program. At MAAT she curated exhibitions such as the “Artists’ Film International”, the first show to be presented in the Boiler Hall, “Order and Progress” by Hector Zamora and “Secrets to Tell” by Grada Kilomba. She also the co-curator several exhibitions such as “Variable Dimensions – Artists and Architecture”, “What I Am”, the second exhibition based on the EDP Foundation Art Collection at the MAAT and the site-specific project Garaicoa “Yo nunca he sido surrealista hasta el día” conceived by Carlos for the Oval Gallery.
Actividade
Here you will see the list of items!
https://www.umbigolab.com/wp-content/plugins/wp-symposium-pro/activity/../css/images/wait.gif