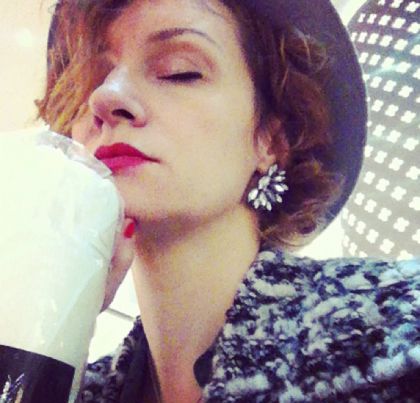 Pauliana Valente Pimentel
Artista Visual
Lisboa, Portugal
Pauliana Valente Pimentel was born in Lisbon in 1975, the city where she still lives but she is working all around the world. As an artist and a freelance photographer she has been producing photo reportages since 1999 for various Portuguese and foreign magazines and newspapers. In 2005 she took part in the photography course of the Gulbenkian Creativity and Artistic Creation Program. She was member of the [Kameraphoto] collective from 2006 until its extinction in 2014, and a founding member of the “N’WE" collective in 2016. Besides her participation in collectively authored books, she produced her own first book 'VOL I' in 2009, published by Pierre Von Kleist, ' Caucase, Souvenirs de Voyage' in 2011 by Gulbenkian and ' Quel Pedra' in 2017 by Camera Infinita. Filmography: “Diz-se que Portugal é um bom país para se viver”, 40 min, Portugal 2011; “Jovens de Atenas / Youth of Athens”, 13 min. Athens, Greece, 2012; “Entre Nous”, 51 min. Portugal, France, 2014. In 2015 she won the prize for the best photographic work of the year by the Portuguese Author Society and in 2016 she was nominee for the Novo Banco prize, the most important prize in Portugal for contemporary photography. She did already several exhibitions in Europe - Portugal, Spain, Italy, England, Germany, Greece, but also outside such as EUA, Turkey, China and Africa (Morocco, and Cape Vert). She was represented for five years by Galeria 3+1 Arte Contemporanea in Chiado and seven years by Galeria das Salgadeiras, in Lisbon. Nowadays she collaborates with several galleries in Europe and part of her work belongs to private and institutional collections.
I stand with dreamers
Actividade