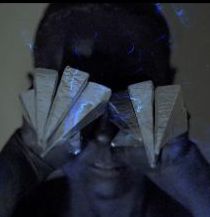 Sónia Carvalho
Visual Artist, Performer and Researcher
Vila Nova de Gaia, Portugal
Sónia Carvalho (1978, PT). Visual artist, performer and researcher [ID+ (UA/DeCA] e CIEBA]. Researcher financed by the Foundation for Science and Technology. Currently studying PhD in Fine Arts, specialising in Painting, at the Faculty of Fine Arts of the University of Lisbon. Develops a transdisciplinary practice (performative research), from Performance to Video, from meditation to Painting; focus in ritual practice and represent(action) of the Body, and on the study of symbols and their feminine archetypes, as a place of spirituality — for the creation of images and images in motion. Carvalho has been exploring more recently the feeling of "familiar stranger", for example from situations such as housework and cleaning, where the boundaries between "domestic-public and private" are mixed, the " social and sexual” and the “symbolic-sacred” — aggregated to folkloric research and that act as devices for the symbolic experience of the numinous and the wild feminine intuition. She has exhibited her work since 2002, highlighting the solo exhibition “In Between”, at the Plumba Contemporary Art Gallery, in Porto; the collective “Opções e Futuros” curated by Miguel Amado at the Contemporary Art Gallery “Arte Contempo”, Lisbon. Also participated in the FIL art fair in Lisbon. With the projects of Dj/Vj and Performance, spaces such as Casa da Música, in Porto, MusicBox in Lisbon, Tabacalera in Madrid, and performances with the Germany collective Pfadfinderei, the American producer Arthur Baker, among others. Carvalho was selected for Red Bull Music Academy's Taster Lx. Sonia has work in several Portuguese collections, highlighting the PLMJ Foundation. More recently, with the artistic project “Struggle Like A (Wo)Man #1”, 2019, was selected under the program to encourage creation promoted by the Municipality of Torres Vedras, Portugal; as well as participated in the same year, in the workshop “Cleaning The House” by artist Marina Abramovic, in Greece. Also, this year, she took part in the first digital residency — the international artist residency OCA (1st digital version) — “Transmetatlanticus”, Brazil/Portugal, produced by the EMERGE association in partnership with Casa Niemeyer – Brasília University.
Actividade