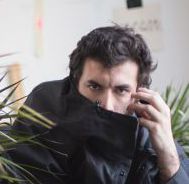 João Pedro Fonseca
Visual artist.
Lisbon, Portugal
João Pedro Fonseca, 1990, is a visual artist based in Lisbon. With a work dedicated to surrealism, animism, transcendence, experimental territories and immaterial properties, he walks in a multidisciplinary field with several artistic creations and developments in the most diverse expressions. He is the founder of the electronic and experimental label called ZABRA, the artistic residencies ZONA and president of the Zigur. Develops a scenographic and visual work in the performing arts, featuring several theater and opera pieces, having already worked with names such as director Carlos Pimenta (Opera: L'Isola Disabitata, 2016. Theater: A Grande Vaga de Frio, 2017, Morte De Um Caixeiro Viajante, 2019 and As Três Irmãs, 2021), Miguel Moreira (Contemporary Dance: Fraternidade I and II, 2018), the creator Olga Roriz (Opera: O Castelo Barba Azul, 2019, Voz Humana, 2019), the actress and director Emília Silvestre (Theater: Emilie and Voltaire, 2019) and Carlos Avilez (Hamlet, 2021). It's mainly focused on the expression of video art, already being featured in several national and international festivals: FUSO, LOOPS. LISBON, Alternative Worlds, Videoforms, ARTNIT and FICMA. The body, scenography and visuals are an inseparable triad in his performance creations, highlighting the trilogy EXTINÇÃO, 2019. In music, he has the collective audiovisual project with artist Carincur and drummer João Valinho called SPECTRUM AWARENESS where he designs the visuals and takes over of a semi-controlled process of looping and sythns sounds. Individually he signs with his own name where he seeks a dialogue between the consonance and dissonance of the sound spectra. He has exhibited in national galleries such as MNAC, IKLECTIK, APPLETON, MONO, FBAUL, Desvio, among others. In cinema, he directed, wrote and starred in the short film Estirpe.
The doubt is the man's greatest virtue.
Actividade