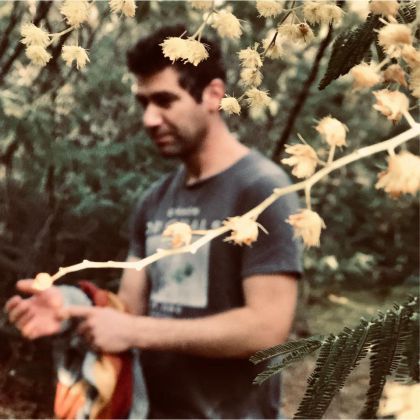 João Dias
Escultura, Pintura, Instalação, Arqueologia, Arquitectura
Viseu , Portugal
João Dias is an artist focusing on the development of visual languages that explore relations between sculpture, architecture and – above all – archaeology practices. In order to do so, he uses thinking strategies derived from painting and drawing in order to explore contemporary mediums and industrial materials, reflecting on the limits of plastic language and Tradition. With his works he seeks to create and establish elements that, to some extent, represent the time in which they are conceived/produced, so becoming potential artifacts – products or by-products – of its own Era (albeit without an identifiable chronology to them). If in the case of works for public space, site-specific oriented, the underlying intent is of an interaction with the artifact; on those small process resulting artifacts, on the other hand, there is a dimension of ownership and object appropriation that presents partially decoded narratives. His work has been presented in Portugal (highlighting exhibitions in Lisbon, Porto and Viseu) but also internationally in cities such as Munich, Berlin, Gdańsk, Barcelona, Múrcia, London, Paris, Los Angeles, San Francisco and New York, and was awarded with the INOV-ART grant for the city of Berlin, where he lived between 2008 and 2012. His work can be found in the collections of the PLMJ Foundation, Edge Arts Collection and the Multiples Collection of Carpe Diem. He is represented by Galeria das Salgadeiras (Lisbon, PT) and THIS NOT A WHITE CUBE (Lisbon, PT)
Actividade