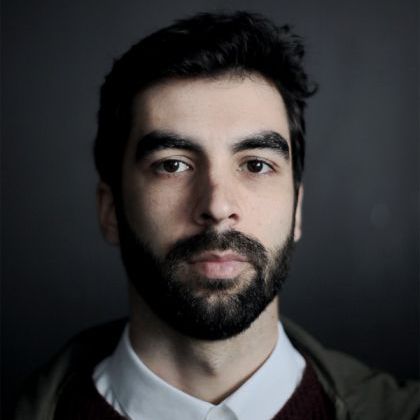 John Romão
Encenador, programador e curador
Lisboa, Portugal
John Romão (1984) is a Portuguese theatre director, artistic director of BoCA - Biennial of Contemporary Arts (Lisbon & Porto) and curator. Studied Theatre at ESTC - Lisbon Theatre and Film Higher School and attended a post-graduation in Art Curation at FCSH - New University of Lisbon. In theatre, he has been presenting his work in Portugal, Spain, Italy, Germany, Norway, Slovakia, Brasil, Argentina and Australia. Between 2006-2017 he worked as dramaturg and assistant director to the Argentine dramaturge and theater diretor Rodrigo García. He collaborated as assistant director of Romeo Castellucci at Biennale di Teatro di Venezia (2010-2011). Invited by Castellucci to represent him at Festival d'Avignon, he participated in the project Voyage du Kadmos. He has lectured Theatre in universities such as Lisbon Polytechnic's Higher School of Theatre and Cinema (ESTC) and Lisbon Polytechnic's Higher School of Dance (ESD). He collaborated as artistic consultant to Rodrigo García at HTH - Centre Dramatique National de Montpellier (2014-2017). He collaborates since 2017 as artistic consultant at Festival Citemor. Since 2015, he is the artistic director and chief curator of BoCA - Biennial of Contemporary Arts, in Lisbon and Oporto. www.johnromao.com
Actividade
Here you will see the list of items!
https://www.umbigolab.com/wp-content/plugins/wp-symposium-pro/activity/../css/images/wait.gif